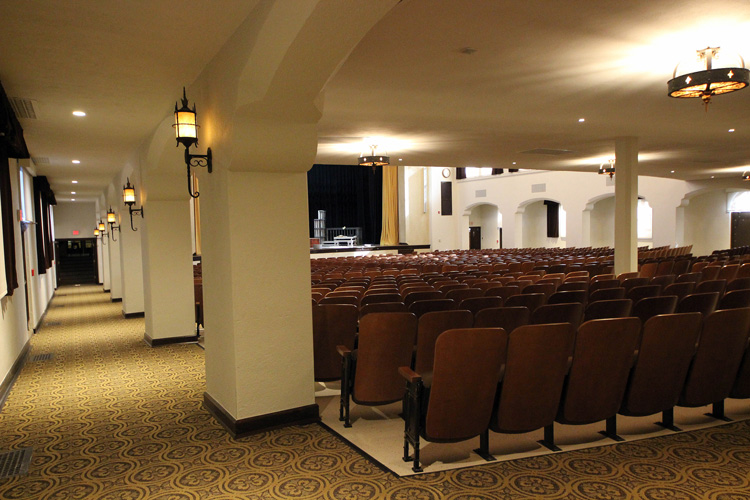 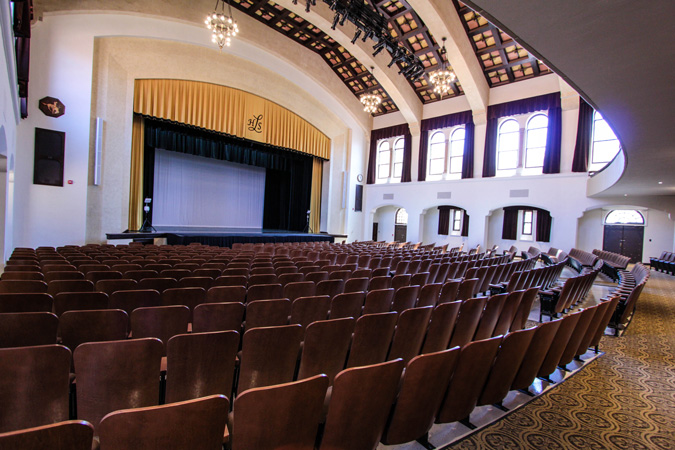 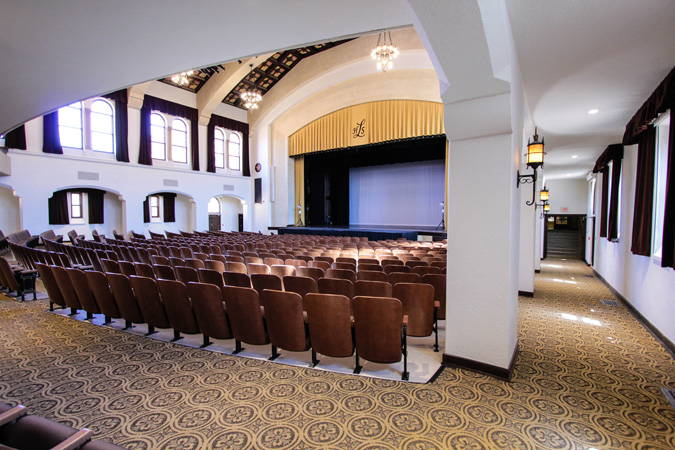 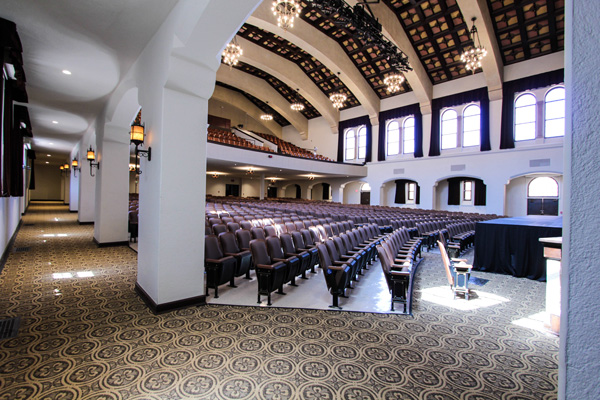 Lubbock High School is listed in the National Register of Historic Places, thus, requiring great care in the selection of components that match the original furnishings.  The project team was able to successfully identify and procure new chairs with highly articulated cast iron standards that are a near-perfect match with the originals.  Additionally, the design team successfully re-designed the embroidered script lettering in the drapery valance, to be more in character with the lettering in the original drapery (circa 1931).

The original audience seats were replaced with modern seats with padded and fabric covered backs and seats.  The floors were refinished with epoxy resin covering under the seating areas, and carpet in the aisles and front-of-stage areas.  Ceilings and walls were repaired and re-painted.  All materials, colors, and textures were selected with careful sensitivity to the architectural heritage and local cultural characteristics of the campus.